Be one of the first to find out about Riobel news: new products on the market, new technologies, and much more! 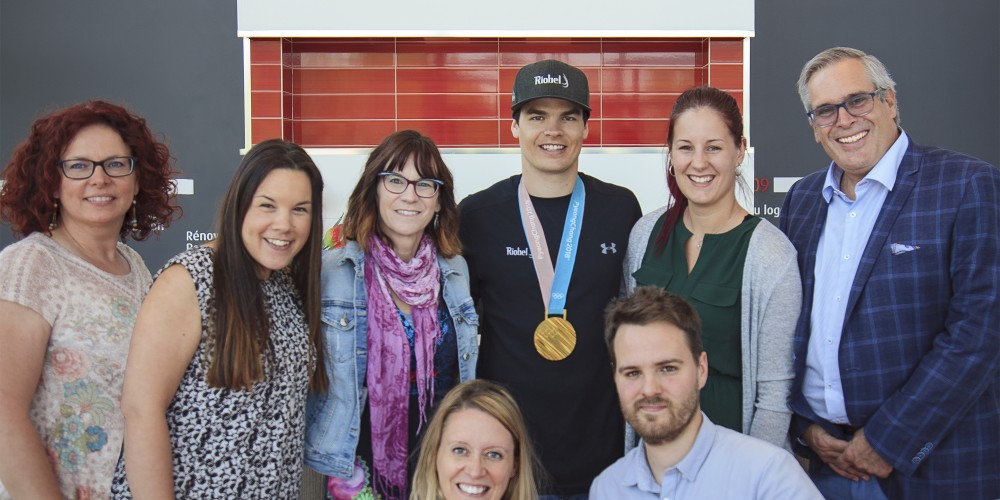 Saint-Jérôme, June 5, 2018 – Riobel, the prestige faucet and shower system brand, is pleased to announce that it is, once again, sponsoring freestyle skier Mikaël Kingsbury, until 2022.

The 25-year-old athlete has won gold at the 2018 Olympic Games in PyeongChang and silver at the 2014 Olympic Games in Sochi. He is also a two-time world champion and the most decorated freestyle skier in the World Cup with 49 victories, including 13 consecutive triumphs, and 7 Crystal Globes in a row. All of these achievements make Mikaël Kingsbury the most accomplished competitor ever in his sport. He is now focused on adding to his successes at the next Olympics. “Mikaël is living proof that work and discipline lead to excellence,” says Luc Lefebvre, Vice-President and General Manager at Riobel. “We are proud to be associated with such a modest and talented athlete who exemplifies so well our values based on excellence, progress, and innovation.”

“I’m very happy about extending my partnership with Riobel, a flagship faucet brand all across North America,” says Mikaël Kingsbury. “The company has been by my side since the start of my career on the world circuit in 2011. Riobel is my lucky charm! The company has always believed in me and given me the support I need from people back home. I’m so lucky to be part of such a great team.”

Based in Montreal, Canada Riobel was born out of a vision of innovation and contemporary style. Riobel takes an industry-leading and progressive approach to design, marrying brilliant function with modern simplicity and elegance.

Driven by a deep understanding of consumer needs, Riobel continually seeks to hone their solutions through a combination of modeling and state-of-the-art testing. This quest is fueled by a passion to honor the principles of distinctive design. The result is a superior experience, where refined aesthetics serve a purpose and make a distinctive, modern statement.